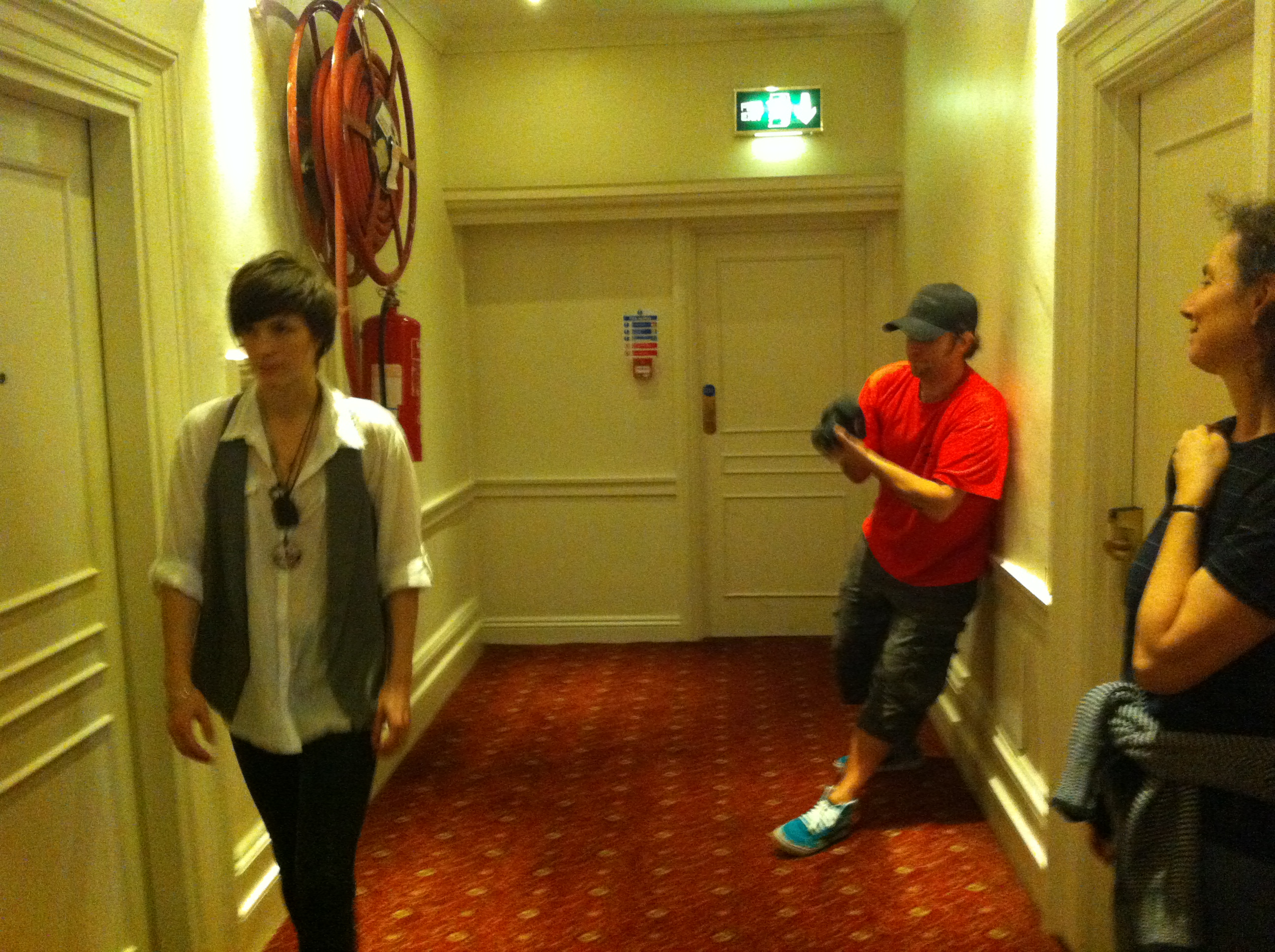 I’m a photographer and artist born in North Wales, but I grew up in South Wales and moved to LA for a year in the early nineties during the Sunset Strip heyday of Guns n Roses. I started touring with the Stereophonics, shooting film and photography and I’ve also photographed John Malkovich, Eddy Vedder, Oasis, Incubus and many more.

I shot the images for Chelsea Hotel at the Angel Hotel in Cardiff and really enjoyed the shoot. Before Chelsea Hotel I had not met any of the performers and they were all really friendly and easy to work with, it was a fun day.  To have a pioneering theatre group working out of Cardiff and touring the country is awesome and taking and idea such as Chelsea Hotel and bringing it to the stage is fantastic.

I love NY in general; who wouldn’t? The Chelsea Hotel is iconic and when I met up with Jess and Jim to discuss the project we met at Urban Outfitters, where I was working on a show called deLAyed, covering 20 years of my LA travels. It featured photography, but also part of my collection of Americana. So some of the pieces in the show, like the 50’s American fridge were pieces I had collected over the years and it’s good to see them being used for something so worthy. The performers and backdrop looked awesome.

I had actually shot pictures outside the Chelsea Hotel about 10 years ago while working in NY with Wyclef Jean and Tom Jones. It’s a great building and was home to Mark Twain, Dylan Thomas, Jack Kerouac, Stanley Kubrick and many more. An amazing history.

There are definitely no bad memories of working on the show, the company is just a fun, easy-going group of people and it was all very easy: we all went with the flow, which is how it should be – no ego’s allowed.

I live in Dubai and am currently working with a company called West LA on some large format collage artworks all LA images shot over the years, also planning deLAyed 2 for Dubai for mid 2014.