Earthfall are a resident company of Chapter, Cardiff and are revenue-funded clients of the Arts Council Wales, the production itself was co-commissioned by Theatr Brycheiniog.  Representatives from these three organisations were present when Earthfall were announced the award winners.

Earthfall’s Marketing Officer Lewis Gwyther, after collecting the award, went on to say:

We were delighted with the award. It was a reflection and recognition of the work and effort that the whole team put into the campaign. I would also like to say a big thank you to Nelmes Design and Arthur Leone PR, for being part of the team that created this award winning campaign.

The campaign for At Swim Two Boys saw the company triple their audience figures from the previous two years, and more than double their financial targets.  In addition, Earthfall achieved a national first for any Welsh dance company by securing a three-week season in London, selling out before the opening night.

The campaign increased their profile across all national media  and the production toured to more of the UK than any other Welsh dance company, whilst doubling the number of performances and achieving more than ten times as many sell out nights as their previous tour.

Richard Houdmont, Director for Wales of The Chartered Institute of Marketing, added:

“CIM is committed to setting standards and celebrating excellence within the marketing industry and the Canmol Awards help those who enter to benchmark themselves against the best in the country and will spread best practice amongst practitioners in Wales.”

“We’re delighted to support these awards which allow the very best from the world of marketing to stand up and gain recognition for their achievements.”

To see photos from the Canmol gallery click here

To see the ‘At Swim Two Boys’ trailer click here 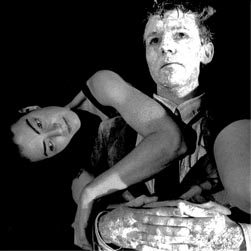 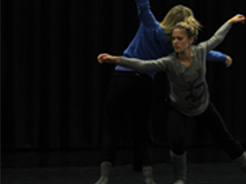