Dynamic Dance Music and Film
You are here: Home » Archive » Plus Archive » Pal O’ Me Heart

Earthfall, Coreo Cymru and 4π Productions (formally Urban Reaction Research Lab) have produced a 360 degree film Pal O’ Me Heart as part of the Dance Dome project, which premiered in Edinburgh Festival 2013.  Pal O’ Me Heart went on to be screened at the Morrison Planetariuim, San Fransisco USA (April 2014) and then at the Macau Arts Festival in China (May 2014).

Pal O’ Me Heart in the familiar story of two Irish Boys, set during the Easter Rising.  This adaptation was filmed on location on the remote Pembrokeshire coastline with the two dancers, Daniel Connor and Murilo Leite D’Imperio (At Swim Two Boys)  performing in and out of the water.   The piece was choreographed and directed by Jessica Cohen and Jim Ennis, DOP by Justin Duval and Edited by Manuel Pestana.

The Dance Dome is a portable 360° cinema that blurs the boundaries between movement, digital technology and cinema, wrapping dance around the viewer to create a truly immersive experience. It is touring across Wales, thanks to the support of the Arts Council of Wales.

The Dance Dome’s 2014 tour features two additional productions, Harnish Lacey Dance Theatre’s The Sublime, which is a site-specific live captured sequence of parkour and break dance short, and TaikaBox’s The Beautiful; an immersive metaphysical journey through some of the landscapes of South Wales, featuring gravity defying dance from Laura Moy.

This summer the Dance Dome will tour across Wales:

“This unique programme will push the boundaries for both digital technology and contemporary dance.  By using a portable dome, Coreo Cymru in Colllaboration with 4π Productions (and Earthfall) are introducing a new from of presenting contemporary dance to the wider public.”
Carole Blade, Creative Producer for Dance in Wales. 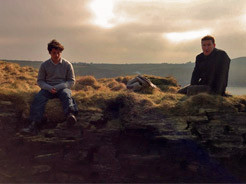 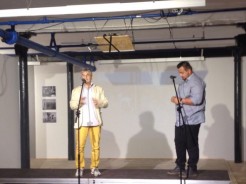 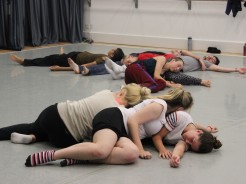 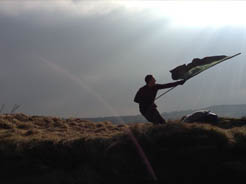